“What surprised me the most was just how quickly the water receded but also how much damage it did. Even now, 8 years later, when I walk in that area of [Fish Creek Park], you can see the scars.”

One June 19, 2013, heavy rains began to fall in Southern Alberta, contributing to the biggest flood in Calgary since 1932. This is the backdrop of Robin van Eck’s compassionate and fast-paced novel, Rough, focusing on a homeless man, his daughter, and a string of suspicious deaths. For the eighth anniversary of the flood, Read Alberta caught up with Robin with a few questions.

What is this book about, in three words or less?

What kind of research went into this book? How did you come to write so vividly and compassionately about homeless Calgarians?

I spent many months downtown and by the Bow River watching people and talking to them when I could. The stories I heard were those of extreme bad luck, addiction, helplessness and loss. The homeless are no different than anyone else, except in how we deal with the hands that are thrown at us. I tried to write as humanly as possible and never lose sight of the people behind the stories.

In Rough, the river takes on a distinct personality. Did you think of the river as one of your characters, or as more of a backdrop?

In the beginning, the river was no more than a backdrop, a means in which to create more conflict. However, in rewrite after rewrite, the river became so much more and began to take on a personality of its own, one that I couldn’t ignore.

What was your experience of the 2013 flood?

Fish Creek Park is virtually in my backyard. My husband and I had walked down to see what was going on and the river had come up to the entrance of the park, edging onto property lines. None of the houses in our area were directly impacted but the city did shut down our power for a couple of days so we had to go stay with family until it was restored. It was an inconvenience but otherwise mild compared to what so many others faced during that time. What surprised me the most was just how quickly the water receded but also how much damage it did. Even now, 8 years later, when I walk in that area of the park, you can see the scars.

You are the executive director of the Alexandra Writers’ Centre Society (AWCS). How did the community there influence the writing of this novel? What would you say to other writers thinking of taking courses or becoming involved?

I owe everything to the AWCS. I’d always loved to read and write. I joined the organization back in 2003 because I wanted to write better. The classes I took, the friends I made, all gave me the courage to keep going even when it seemed impossible. Rough is not the first novel I ever tried to write. There’s another one, gathering dust, with no clear direction, no voice, no characters that leap off the page.

If you are serious about wanting to become a better writer, willing to do what it takes and learn and develop your craft, find your own voice and writing style, then AWCS is the place to help you do that. There are a lot of great writing programs out there, but what makes AWCS different is the community and how much they support one another. Writing is not as solitary as one might think. The confidence needed, the shoulders to cry on when you get a rejection or can’t get the story to work, are there for you.

I found that one of the biggest strengths of the book is the suspense. What advice do you have for creating suspenseful narratives?

Short chapters. Keep the story moving. Don’t get bogged down in excessive description. Amp up the stakes as much as possible.

Do your characters come to you fully formed, or do you get to know them as you’re writing? Do you see yourself in any of them?

God, no. I’m a pantser. I usually have an idea of a character and write to discover them. It took many drafts before I felt like I fully knew Shermeto and Kendra and even all the other characters. Although, Shermeto was actually a secondary character in another manuscript I had been working on and he started to take over the story in such a way that I couldn’t maintain the story line because he kept wanting to take it elsewhere. So, I abandoned it but always knew that somewhere down the road I would find his story.

I think there are bits of us in every character we write. Sometimes it’s more obvious, other times it might be a mannerism, a thought that is similar. I suppose I see more of myself in Kendra especially around her frustration, her just wanting to help no matter what it costs emotionally and otherwise.

Why is it important for people to read this book? How do you want it to change them?

However, that said, I’ve had some remarkable feedback from people who now see the homeless community differently. One man I heard from started taking lunch to homeless people and talking to them, something that he never would have done before. Opening up and paying attention to the world around us is so important. Offering a warm smile and letting them know that you see them, can make a positive impact on someone’s day.

What is one question that you would love to be asked?

This is an interesting question and one I’ve been asked before, but at the time I froze and couldn’t think of anything. Now, I think, the one question no one has ever asked me is: How has the book changed me?

I never thought writing a book could change me. There’s excitement when you know something you worked so hard on is actually going to be available to the public but along with that creeps in doubt and anxiety. The response to Rough so far has surprised me, almost brought me to tears at times when I learn how much the book impacted someone in a very specific way.

One woman at a book club said that she saw so much of herself in the book. She had gone through something traumatic and had a lost desire and focus in life and after reading realized that she could find the strength to move forward and has begun to reignite her own creative energy.

These stories surprised me and touched me in a way I never expected.

Robin van Eck grew up in British Columbia. Her early years were spent tucked in the fishbowl of the Columbia Valley until finally heading for more open expanses. That being further west to the Thompson/Okanagan area and the Fraser Valley. That is until 2000 when she made the move to really wide open spaces and settled in Calgary, Alberta.

Her first novel, Rough, was released in November 2020, with Stonehouse Publishing and she is into the third draft of her second novel, In Lieu of Flowers. 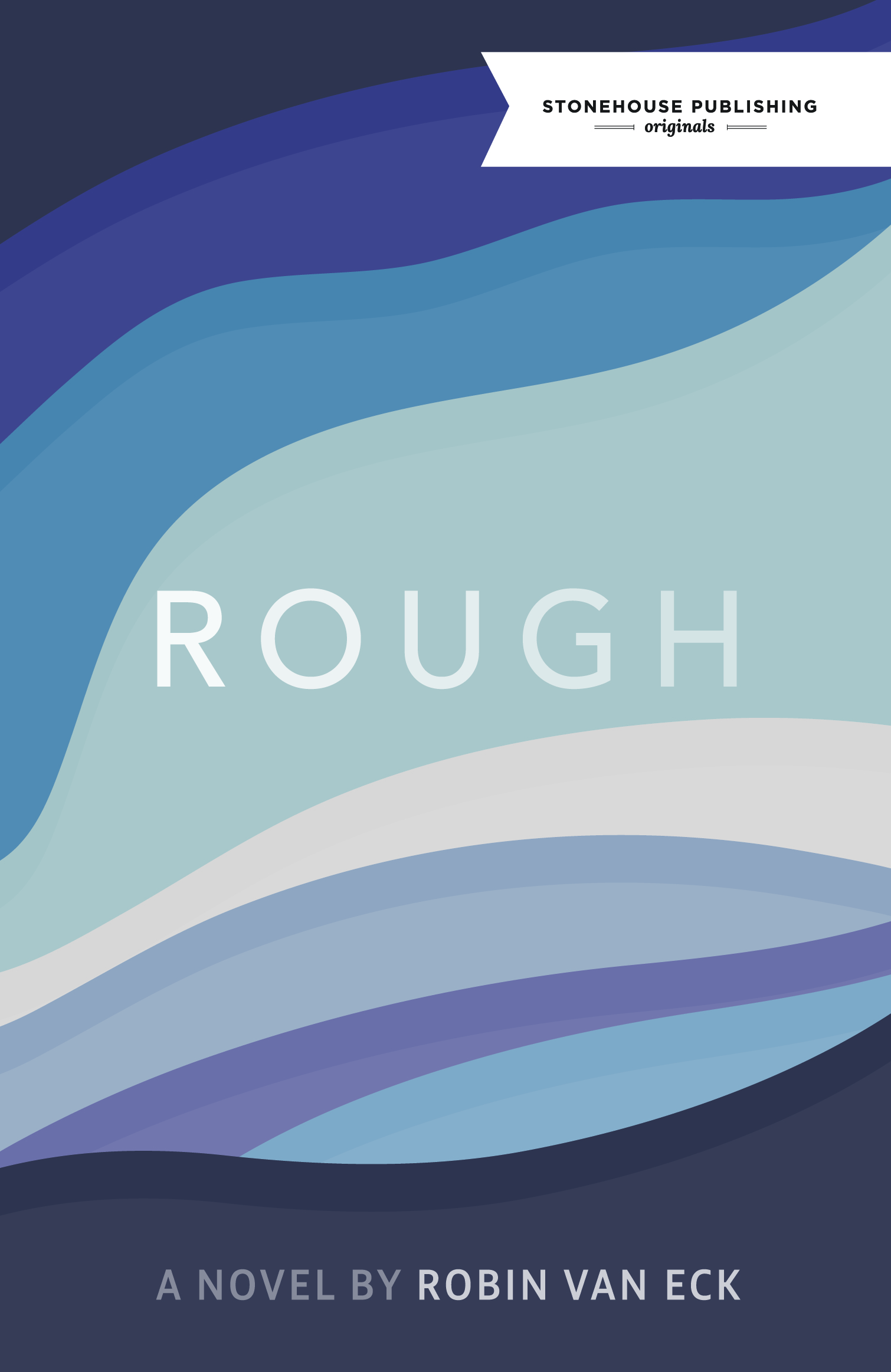