In September’s episode of Crow Reads, Rayanne Haines talks with Trina Moyles—writer and wildfire lookout—about her latest book. Lookout: Love, Solitude, and Searching for Wildfire in the Boreal Forest is a memoir about Moyles’ four summers working alone at a remote lookout tower in Canada’s northern boreal forest, offering an eyewitness account of the increasingly unpredictable nature of wildfire. During the conversation, the two talk about the new book, the freedom one finds in isolation, living and working as an artist in rural settings, how social justice sits in her work, and how bears play an important role in her life both as an artist and a woman.

Moyles, the daughter of a wildlife biologist, grew up in Northern Alberta before coming to Edmonton to take an Arts Degree. Eventually she found her way to Human Rights and Non-Profit work which lead to travel in a rural community in southwestern Uganda and involvement with food security initiatives in the rural areas surrounding town. Moyles notes that she started a blog with some of the youth who worked for the organization and through that storytelling, met women and small food producers. From this experience, she shares, “In the local language of Rukiga, these women were referred to as omuhingi omukazi, which translated to Women Who Dig.”

As she learned more about the culture, she began to recognize that it was these women who fed the people and decided to interview them about their experiences on the land. It was from those first interviews that Women Who Dig, a book about how women are involved in agricultural production, food security, and food sovereignty, grew.  As is often the way with literature, the book took on a life of its own, leading Moyles to travel to eight countries to interview over one hundred women. During our discussion, Moyles jokes, “A lot of people said to me, oh, you should do a Master’s in food security after this. And I thought, this book was a PhD, you know, it just wasn’t with the resources.”

After completing Women Who Dig, Moyles returned to Canada. She’d previously heard about jobs in fire towers, and in 2016 was hired for the position. Now six years and another book later, she declares, “It’s a lifestyle. It’s crazy when I think about it. When I add up the days I’ve spent out in the bush alone, it’s almost like two and a half out of the last six years in pretty much pure isolation. It’s been this incredible way to support my art, and also, inspire the writing.”

Lookout, as it turns out, is about far more than being a fire tower lookout. As you read the book, you quickly understand that as much as the text discusses climate change and the politics of wildfire, it also looks inwards, questioning the freedom found in solitude while bearing witness to a woman searching for … something … after profound loss and an assault, and finding company in the wild animals around her. Her voice raises in excitement when she talks about her relationships with the bears that she shares the land with.

Moyles shares, as well, some of the gifts she has gained during her time as a writer in such rural settings. “I think it’s a gift to be able to be in close proximity to those stories, to tell the ordinary stories, you know, that aren’t very sensationalized, but are much, I would say, closer to the truth.”

Moyles closes out our conversation with a passage from her latest manuscript in progress, titled fittingly, Bear. A book she says is “essentially a meditation on what it means to be a girl growing up in northern Alberta in a time of resource extraction, considering misogyny and patriarchy. It’s a meditation on desire and sex and contemplating motherhood.”

Rayanne Haines’ writing has appeared in Fiddlehead, Freefall, Funicular, and Indefinite Space among others. She is the Vice President for the League of Canadian Poets and a 2019 Edmonton Artist Trust Fund Award recipient. Her current work focuses on mental health and intergenerational female trauma. Tell the Birds your Body is Not a Gun (her third poetry collection) released April 2021 with Frontenac House. 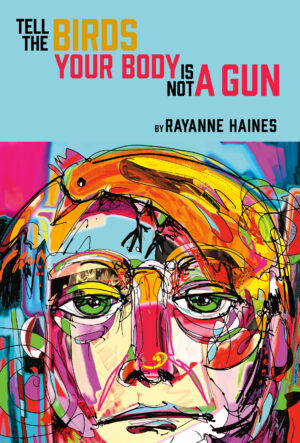 Trina Moyles is an author, writer, and wildfire lookout living in the Peace Country of north-western Alberta, Treaty 8, traditional territories of the Cree, Beaver, Dene, and Metis peoples. Her latest book, Lookout: Love, Solitude, and Searching for Wildfire in the Boreal Forest is a memoir about her four summers working alone at a remote lookout tower in Canada’s northern boreal forest, offering an eyewitness account of the increasingly unpredictable nature of wildfire.

Her essay “Herd Memory” won the Jon Whyte Memorial Essay Award at the 2019 Alberta Literary Awards, and later placed Silver in the Personal Journalism category at the 2020 National Magazine Awards.

Moyles is currently an MFA student in Creative Writing at the University of British Columbia, where she’s working on a non-fiction book about living alone in a black bear corridor in northern Alberta during the first months of the COVID-19 pandemic. She, Bear is a meditation on nature, loneliness, desire, trauma, art, and bodily autonomy in relation to coexisting with a community of bears.

Moyles spends her summers out in the bush, and her winters migrating between the Peace Country and Edmonton. 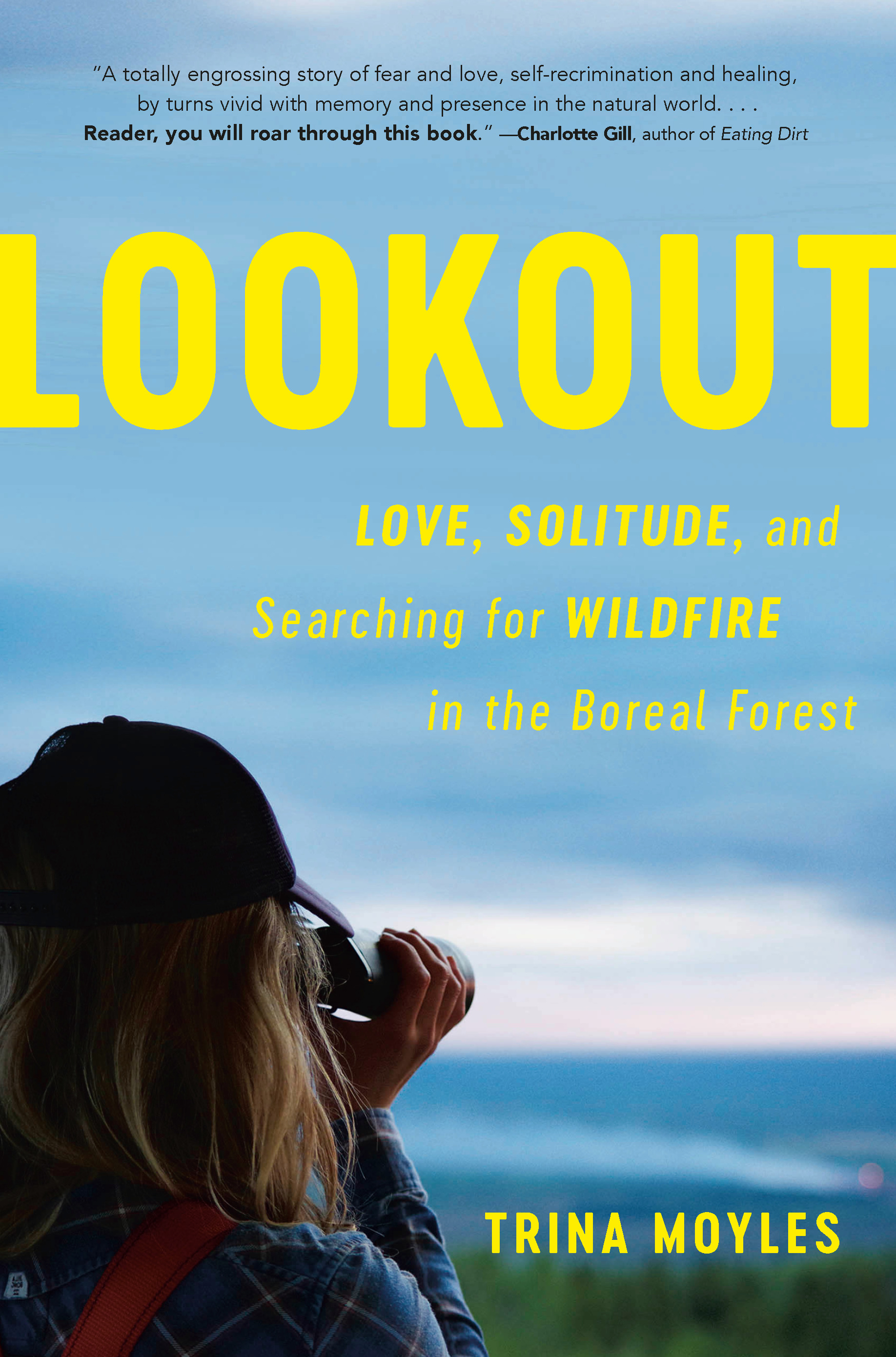 Lookout: Love, Solitude, and Searching for Wildfire in the Boreal Forest 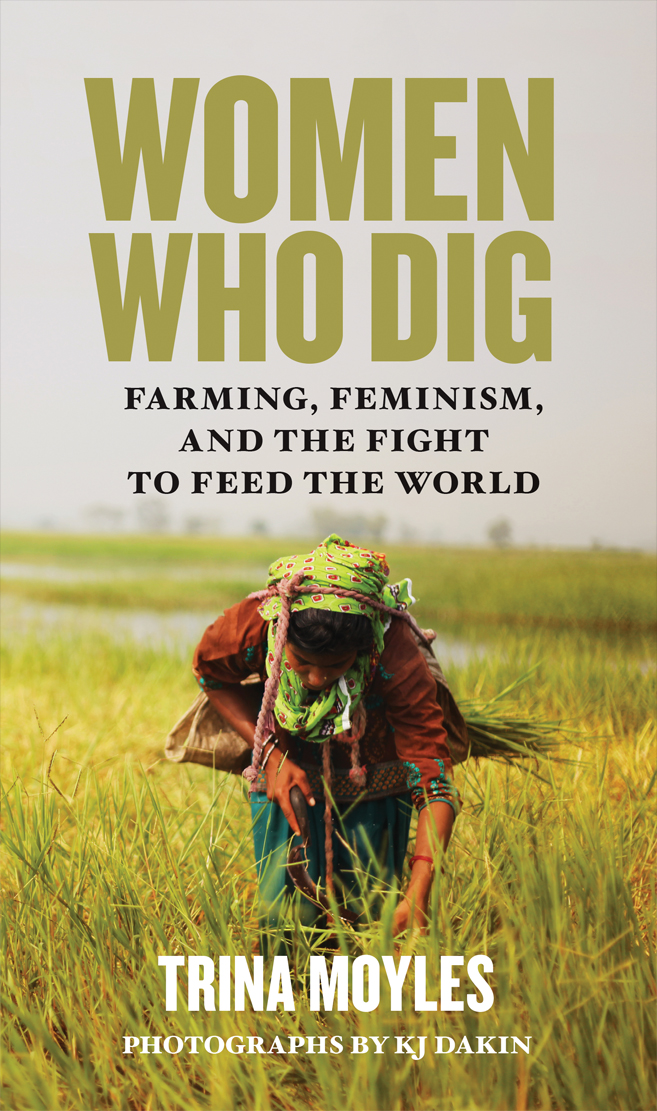 Women Who Dig: Farming, Feminism, and the Fight to Feed the World