Last Modified: June 19, 2021
Keith Maillard on The Bridge: Writing Across the Binary

“…things have changed for the better now in that if someone wants to leave the formation, they will find a few other maverick planes flying out ahead of them and beside them so they will not be absolutely alone.”

Keith Maillard is the author of over a dozen books, two of which have been published by Freehand Books. Twin Studies is a novel about the bonds between twins, about sexuality and gender fluidity, and about the messy complexities of modern family life.  The Bridge: Writing Across the Binary is a deeply compelling memoir about growing up nonbinary in the 1940s and ’50s. Read Alberta caught up with Keith Maillard to ask a few questions.

You have written a number of books that challenge the gender binary. Two Strand River was one of the first literary novels to star nonbinary characters, in a time when the term nonbinary didn’t even exist; Twin Studies (2018) is a masterful novel that takes on the complexity of the modern family in addition to discussions of gender fluidity; and, most recently, your memoir The Bridge: Writing Beyond the Binary (2020) is about growing up nonbinary in the 1940s and ’50s.

What do you think these books have contributed to the dismantlement of the notion that there only two genders?

The wording of your question and the use of the word “dismantlement” suggests to me that you are asking me what affect my writing might have had out in the world. The most honest answer is that I don’t know. I’m not a well-known writer, so it is not as though you asked Rachel Carson what her writing might have contributed to the banning of DDT. I know that my books have affected individuals because they have told me. Back before the computer age people came up to me after readings or called me on the phone to tell me. Now I get emails. I know that my writing has affected some people very strongly, and I also know that it is hard to assess the long-term impact.

When I began to publish, my subject matter scared people away. It still does. The Bridge is my 17th book, and so, in my career, I have received lots of reviews. Many of them have been thoughtful and intelligent; some have warmed my heart, but not one of them has attempted to engage seriously with the ideas in my novels—and of course I mean, in particular, my ideas about gender. But I keep telling myself that my books are still working out in the world even if I don’t know how they’re doing it.

How have things changed for writers who are challenging the gender binary? Do you see yourself as a trailblazer?

Let me answer the second question first. “Trailblazer” is not the right metaphor, implying as it does hacking your way through a dense and unknown wilderness. For me it was much more like R. D. Laing’s metaphor of the airplane formation. Suppose the formation, which has gazillions of planes in it, is headed toward a mountain. If the formation stays on course, it will crash into the mountain. Any single pilot in any single plane who figures out that the formation is off course has to leave the formation. If no one else is leaving the formation, that is a terrifying position to be in.

You have to remember that when I was growing up, deviations from “normal” gender norms were considered pathological by everyone who was expected to have an expert opinion on the matter. It was not lots of fun to have to read Krafft-Ebing to try to figure out who I was. It was not until I was nearly through my twenties that it occurred to me that there might be nothing wrong with me. So, to answer your first question, things have changed for the better now in that if someone wants to leave the formation, they will find a few other maverick planes flying out ahead of them and beside them so they will not be absolutely alone.

Many of your books are fiction, but the latest two are memoir. What were some of the most striking differences between memoir and fiction? Where do the two genres overlap, both in terms of process and content?

Every writer is different, but for me the most striking difference between memoir and fiction is that memoir should be true. The actual writing is very similar—writing is writing—but at the end of every paragraph of memoir I would stop and ask myself, OK, it’s a nicely written paragraph, but is it true? In my two memoirs I used just about every technical device in the creative nonfiction toolbox, but I made sure to always tell the reader what I was doing. If I was speculating based on the best evidence I had, I said that. If my memory was fuzzy or vague, I said that.

When you ask me about content, are you asking me if there are autobiographical elements in my fiction? Of course there are; how much depends on any particular book. But the thing about fiction writers is that they make things up. Anyone who tries to read the story of my life from my novels will be badly misled.

If you had a chance to go back to your childhood and tell yourself one thing, what would it be?

I got through childhood OK, and there is no great message I would want to give to my childhood self. My adolescent self, however, is another matter, and to him I would say, simply, “It gets better.” In terms of messages from one part of myself to another, what’s much more important to me is what my childhood self would have to say to me the adult: “The world is still filled with lights and wonders. There is hope. Don’t become cynical.”

What are you working on now?

As strange as it might seem—and it certainly seems very strange to me—I appear to be writing a musical. I’ve tried to talk myself out of it many times, but it keeps coming back, so I suppose I’ll keep on going until I finish it.

You have spent your life immersed in books and writing. How do you organize your personal library?

Oh, my goodness, my library. For many years I, like most people, held the thoroughly mistaken belief that it was good to own things. Being an avid, even fanatical reader since childhood, and being a writer, I owned many books. When they were shelved, I organized them loosely by subject matter. When I got married, my library and Mary’s library got married too. We had so many books that they took up every inch of wall space in our very large basement. Mary had been pursuing a Masters in English, and she liked to own books related to her subject matter, and between us we pretty well had the entire canon covered—insofar as the canon was defined by university English departments. If you came to visit and wanted to talk about some obscure writer from the canon, Thomas Dekker, for instance, or James Thomson, I could have pulled the book off the shelf and offered it to you. The books were arranged by era. Since then, we have downsized twice. Literally thousands of books have left our life and vanished out into the world; some we got paid for but many we didn’t. In our current considerably smaller location, my books are still arranged roughly by subject matter. I have used up every inch of bookshelves in my office. The books are now piling up on the floor in great heaps. They also take up at least half of my closet. When I discovered E books, I thought oh this is great, they don’t take up shelf space. I have over 300 titles on my Kindle. But I still keep buying real books. The other day I received a package from England, thought, what’s that? Opened it and discovered it was Anne Carson’s translation of Sappho that I bought with a couple clicks of a mouse in the middle of a night when I couldn’t sleep. Do I need to own the entire collected fragments of Sappho? I suppose I do. It’s on the floor near my bed.

What is one question you’ve always wanted to be asked?

There is no single particular burning question that I keep waiting for. But if someone has read whatever book of mine we’re discussing, and has thought seriously about it, and if they should ask me an excellent question that has never occurred to me, that’s the question I’ve always wanted.

Keith Maillard is the author of fourteen novels, one book of poetry, and two memoirs. Twelve of his titles have been shortlisted for or won literary prizes. Light in the Company of Women was a runner-up for the Ethel Wilson Fiction Prize; Motet won that prize. Hazard Zones was shortlisted for the Commonwealth Literary Prize, and Gloria was a finalist for the Governor General’s Award. Dementia Americana won the Gerald Lampert Award for best first book of poetry in Canada. The Clarinet Polka was awarded the Creative Arts Prize by the Polish American Historical Association. Of his quartet, Difficulty at the Beginning, the first three volumes — Running, Morgantown, and Lyndon Johnson and the Majorettes — were shortlisted for the Weatherford Award while the quartet’s final book, Looking Good, was longlisted for the Relit Award. His novel Twin Studies was awarded the 2019 Alberta Book of the Year Award in the fiction category.

Throughout his long career Maillard has published nonfiction essays and articles in newspapers, journals, and anthologies. In 2018 he contributed to Refuse: Canlit in Ruins, edited by Julie Rak, Hannah McGregor, and Erin Wunker. The Bridge is his second book-length work of creative nonfiction.

Maillard has taught in the Creative Writing Program at the University of British Columbia for over thirty years. He lives in Vancouver with his wife, author and editor Mary Maillard. For further information on Keith, including a complete publication list, please visit his website: keithmaillard.com 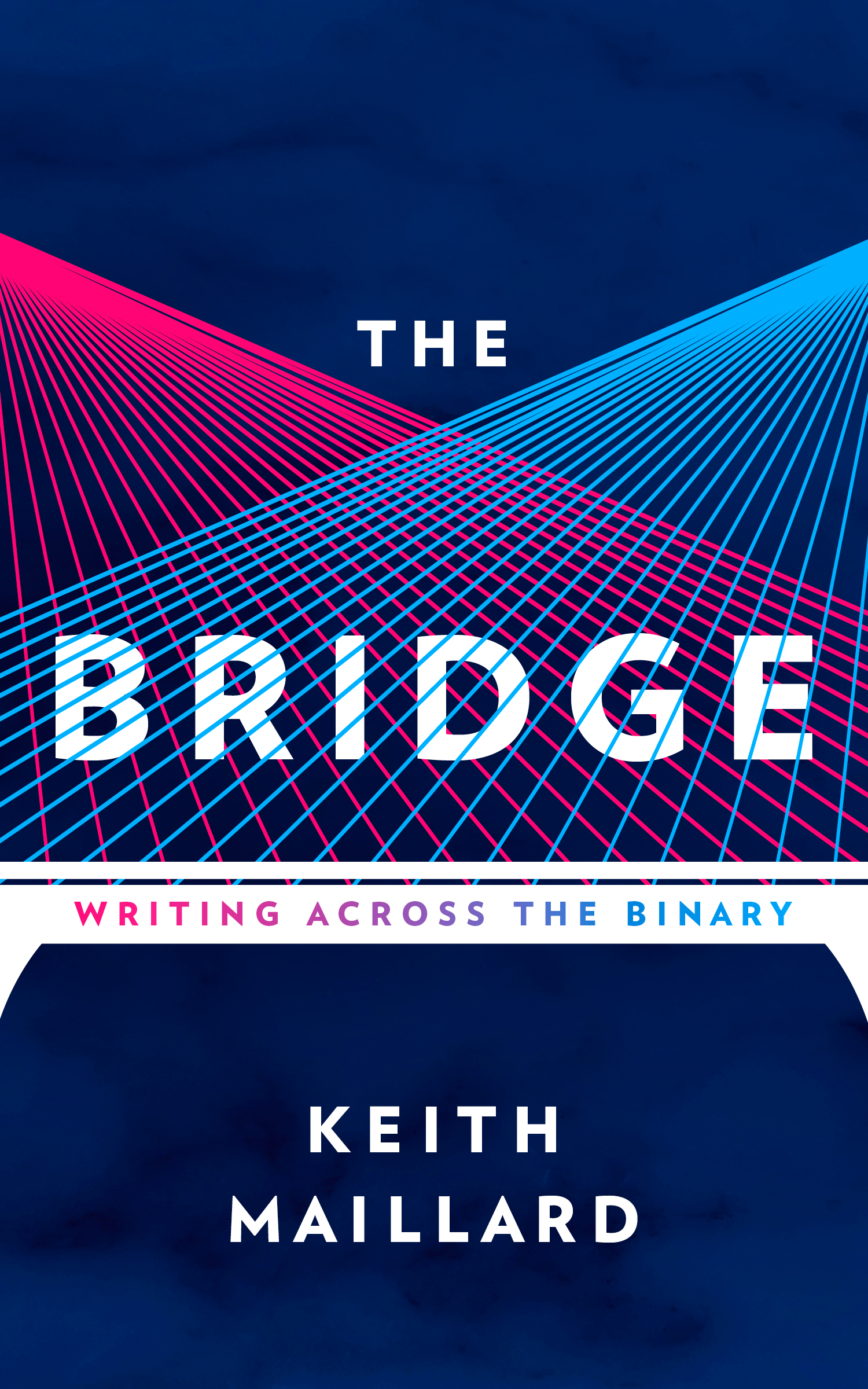 The Bridge: Writing Across the Binary 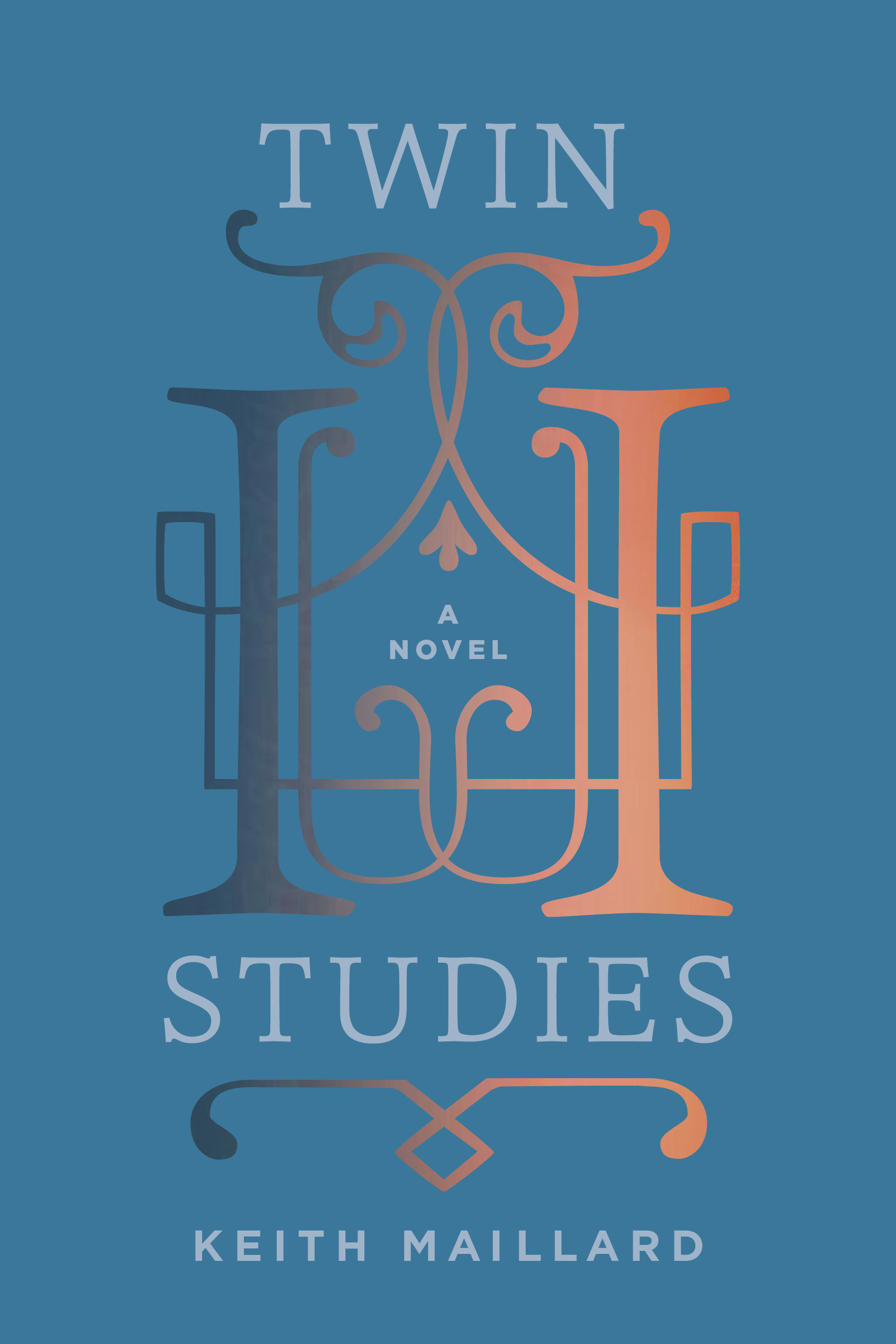