Home » Sunday Shorts: The End of Me

May is Short Story Month, and we’re taking the opportunity to share short gems of writing from Alberta publishers and writers. Today’s Sunday Short, “Bones,” is from The End of Me (Freehand Books, 2020), an astonishing set of sudden stories about the experience of mortality. With an ear attuned to the uncanny and the ironic, Giller finalist John Gould catches his characters at moments of illumination as they encounter the mystery of their finite being.

penumbra
I don’t know if this is the right place to post this, but I’m stuck. I’m writing a story about the first man, how he lived but mostly how he died. “The Birth of Death” — pretty good, no? The thing is, I’m usually okay at empathizing with my protagonist, but how do I get inside this guy’s head? We’re talking a million years ago! Help!

aliass
It’s about turning off the right side of your brain, the logical side, and waking up the creative side. Maybe go for a walk and look at things, or do some tai chi. I listen to really loud music, mostly nu metal. Check out Touch This.

minimaestro
Start a conversation with your character. Write a question — What’s your favourite movie? — except something that fits for a million years ago. Then just let the answer come. Use two different fonts.

blair
Wasn’t the first man a woman? Otherwise where did he come from?

opie
Not so sure about your dates, penumbra. The first Homo sapiens lived 250 thousand years ago, and the first member of the genus Homo lived two million years ago. What do you mean “first man”?

zas
Homo is right, lol. Just what we need on this forum, another f**king pedant.

dozer
Put your character in a situation and see what he does. He’s sitting there at his campfire and he hears a growl, and it’s a saber-toothed tiger. What does he do? Or did they have fire yet?

genjok
The first man is you, and you are the first man. Separation is an illusion, so you have no problem.

backslash
Yeah, cool title, penumbra! The only thing is, what about everything else that dies? I don’t want to be critical — I know how hard it is to get going! — but aren’t you being a little anthrocentric? Even carrots die.

opie
It stands for get the f**k off the internet, zas. Which by the way is what you should do if you don’t know what it stands for, and even if you do.

rosebud
Hang on, isn’t the left side the logical side?

mediumisthemess
You have to find your way in through the details. Think about, what would he have in his pocket? A bone maybe? What type of bone? Or a rock, or a berry, you have to research it and then imagine it. Let those details lead you to the overall sense of who he is. Then figure out how to kill him.

puck
The first humans, if they were humans, to bury themselves were Neanderthals. In the graves with the bones were stone tools and flowers. What tools was your guy good with? But also, you’ll need the second man so he can bury the first one. Room for dialogue, if they talked. Did they talk?

zas
Did your mummy never listen to you, opie? Get help man.

penumbra
Good question, dozer. No, they didn’t have fire, I just looked it up. I guess that’s one of those research details! Btw, great suggestion, mediumisthemess! Thanks!

walserfan
The first human death by robot was thirty-two years ago, at a Ford plant. Just thought you might like to know.

shawnanana
Do a monologue. You’re the first man, and you have five minutes to tell us everything important about yourself. Go.

queery
Actually, puck, the first burial goes back to Homo heidelbergensis in Spain, where they found a pink stone ax buried with bones, the first evidence of ritual and symbolic thinking. If that’s the first burial, maybe the guy in it is the first man? And maybe pink was his favourite colour? Something to work with.

carl
The movie Quest for Fire was set eighty thousand years ago and they talked. The language was created by Anthony Burgess, the guy who wrote A Clockwork Orange, and then Stanley Kubrick made a movie of that.

ojo
Right, queery, the first man was a poof and the rest of us came from where? Try making sense lol.

sweetthing
The first man was Adam, and he lived for 930 years (Genesis 5:5). If you mean the first man to die, you mean Abel, who was killed by his brother Cain because God accepted Abel’s sacrifice but not Cain’s, which wasn’t really a sacrifice because it was the fruit of the ground (Genesis 4:3). The first death is a murder. This story has been told, but everyone has their own version. Maybe you should write yours. 🙂

fallenangle
The first person to die was Lilith, Adam’s first wife. She wasn’t made out of Adam’s body, like Eve was, and she refused to lie under Adam, or any other man, if there were any.

timtime
I’m not trying to be funny, but hasn’t death been sort of done to death? From the Bible and Shakespeare, which are full of death, right down to today’s news? I’m just saying maybe you should find something new to write about.

writeclick
Glad you weren’t trying to be funny, timtime, because you aren’t. Or intelligent either. Death is the ONLY subject, except maybe sex (according to Keats, heard of him?). Or are we supposed to stop writing about that too?

crazy242
The wonderful amazing thing about fiction is you make it up for yourself. Just write from your heart!!!

opie
Saber-toothed tigers weren’t really tigers at all, but a genus of machairodontine. Not that it’s a big deal, but verisimilitude is important if you want people to believe things.

writeclick
I meant Yeats, don’t have a frickin’ cow.

genjok
Besides which there’s no such thing as death. Nothing is ever lost to anything else.

John Gould is the author of two previous collections of very short stories — including Kilter, a finalist for the Giller Prize and a Globe and Mail Best Book — and the novel Seven Good Reasons Not to Be Good. His fiction has been published in periodicals across Canada and abroad, and adapted for film. A teacher, editor and arts administrator, he served on the editorial board of the Malahat Review and taught creative writing at the University of Victoria. 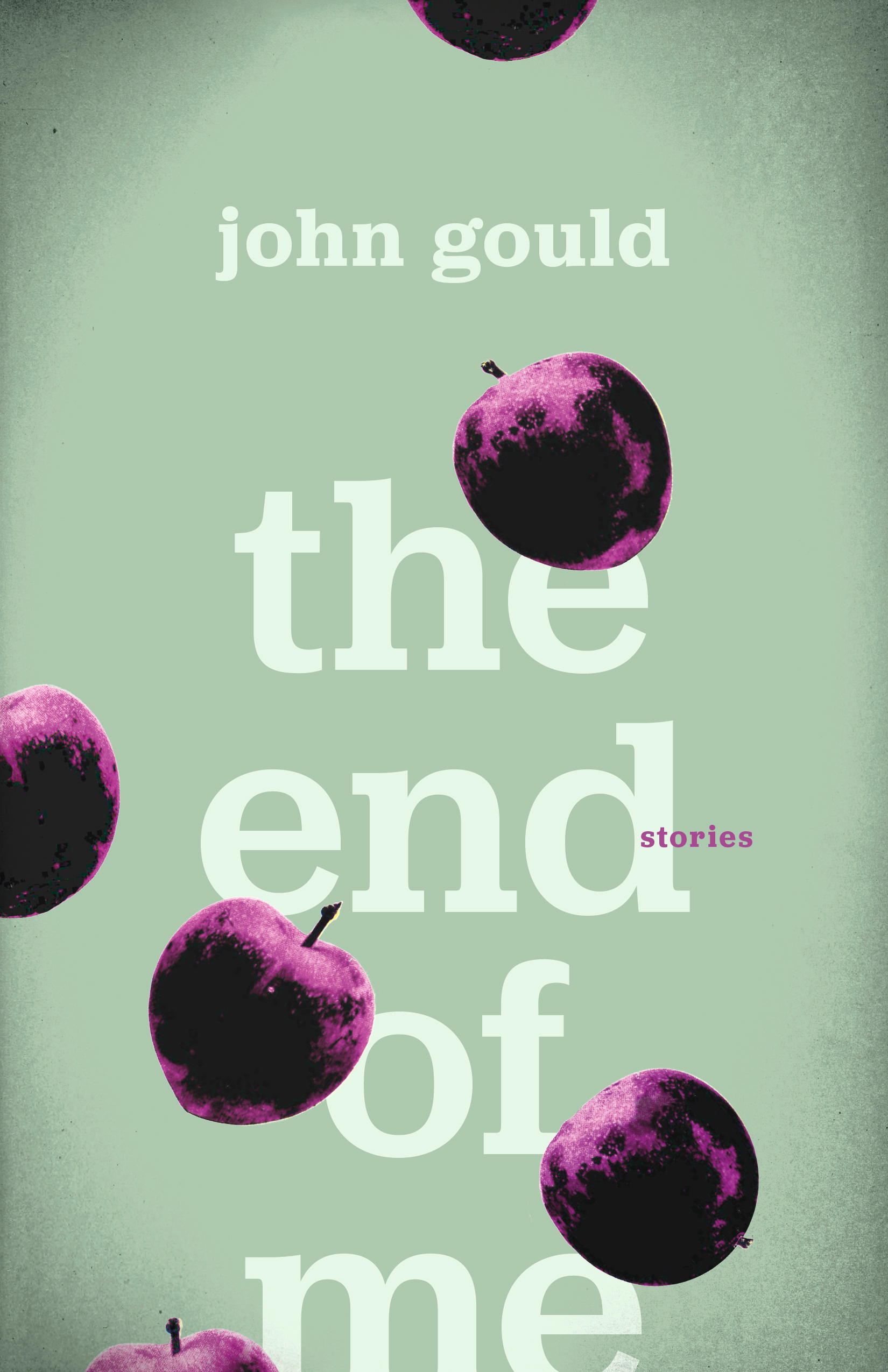 The End of Me