Since the Read Alberta site launched in April 2021, there has been one book that keeps popping up at the top of the bestseller list: Mother Earth Plants for Health & Beauty: Indigenous Plants, Traditions and Recipes, written by Carrie Armstrong and published by Eschia Books. It is the perfect choice for our inaugural “Case Study” column, in which we take an in-depth look at the entire process of a book being released into the world and outline the steps of acquisition; production, editorial development, and design; marketing and publicity; and distribution. What does the life of a successful book look like?

Mother Earth Plants for Health & Beauty is a compact book featuring recipes for teas, soap, bath products, balms, and lotions—all of which use wild edible and medicinal plants that can be collected on the prairies. Throughout the book, there are also vignettes about Carrie Armstrong’s family history and the creation of her business, Mother Earth Essentials. Carrie sees her business as an opportunity to share her Cree Métis culture, bringing traditional knowledge—from her grandmother and from others—to her community.

The partnership between Carrie and Eschia Books has been synchronous, and together, they have pushed the book to great success. We spoke with Eschia Books’ owner and publisher, Dianne Meilli, to find out how.

Eschia Books is an Indigenous-owned publisher based in Stony Plain that works entirely with Indigenous creators. The word, “Eschia,” is an exclamation in Dëne Sųłiné—something that, as Dianne Meilli describes, “you might say happily while slapping your knee.” Dianne was raised in Calgary, but her Indigenous roots are in Lac Ste. Anne.

When we asked Dianne to tell us a little bit about Eschia Books, she talked about how everything they do has intent.

Everything they put into the world is a gift, and as is the way with her culture, to give is also to receive.

Everything they do is done with ceremony. Before a book is published, they put their minds together and send it on its way, with good intention.

Everything they do is mindful, and in consultation with Elders.

The idea for Mother Earth Plants for Health & Beauty was conceived when Wendy Pirk, who works with Eschia, visited Carrie Armstrong at Mother Earth Essentials on 107th Avenue in Edmonton. They got talking.

Carrie had started to form the idea for her business during her first teaching job at Amiskwaciy Academy, where she used traditional plants to connect the students to their history. Prior to teaching, she had worked in spas, salons, and cosmetic and retail sales, and she realized that if she combined those experiences with the knowledge that had been passed along by her grandmother, she could create products that, as she writes in the book, Indigenous people would “be proud to see on the shelves in stores.”

When Wendy Pirk and Carrie Armstrong spoke about Carrie’s business, they both decided that a book would be an exciting project that would fit beautifully with Carrie’s journey.

From the very beginning, Carrie Armstrong wanted to make it clear that, while recipes and plant knowledge were important to share, she was not a medicine woman, and she had not grown up knowing the protocols and procedures of her culture. Her mother and aunt had been taken to residential school, and the generational teachings had been threatened. In creating her business, and in creating this book with Eschia, guidance was needed. The consultation process became an important part of the process—and the content—of the book.

Dianne said that one of the most important contributions that Wendy Pirk made to the project was to work with Carrie to tease out these stories and integrate them with the recipes and plant knowledge that she had so beautifully presented.

Greg Brown was the layout artist, and he did a beautiful job of visually weaving together the different threads of the book—the recipes, the vignettes, the teachings, and the information about the plants and how to collect them.

The images in the book are stunning, and Dianne spoke about how lucky Eschia is to have a collaborative relationship with Lone Pine Books, whose publishing program includes many plant guides. Eschia was able to draw on their large image database to supplement the photographs in the book.

Another essential contributor to the creation of the book was Soloman Ratt, a Woods Cree speaker and educator who helped with the syllabics in the title (which translates, literally, to “Our Mother Earth Plants”).

The beautiful cover imagery was made by Christi Belcourt, a Métis visual artist who is related to both Carrie Armstrong and Dianne Meilli. Her website is: http://christibelcourt.com/

Dianne knew that Mother Earth Plants for Health & Beauty needed to be a special book. One that would look gorgeous as an object on a coffee table, but also one that you can easily throw in your backpack on the way out to nature. It had to be sturdy, and able to withstand the outdoors (including the rain!). Definitely a hardcover! And it had to have a full-colour interior.

In other words, it was going to be expensive, and Eschia had to find a way to pay for it. This prompted Eschia Books and Carrie Armstrong to do something they’d never done before: a Kickstarter campaign to help cover the cost of printing. You can check out the campaign, which was launched on September 3, 2020, here: www.kickstarter.com/projects/eschiabooks/mother-earth-plants-for-health-and-beauty/

It was wildly successful, with people as far away as Sweden contributing. They raised the funds they needed for printing in six days. Dianne says that they could not have done it without the tech skills of Robert Michon and Ashley Bilodeau (who also did an impeccable job proofreading the book).

In addition to covering the costs of printing, contributions to the Kickstarter campaign allowed Eschia to gift copies of the book to Junior and Senior High School libraries around Alberta. And if they raise just a bit more money, they’ll be able to extend this gift to Junior and Senior High School libraries in Manitoba and Saskatchewan, where there are similar traditions based on the land. (You can contribute here.)

The Kickstarter campaign gave the project an initial boost, which was built up by Carrie’s talent as an entrepreneur. Mother Earth Essentials has a large Facebook following, and the book resonated with Carrie’s supporters. Mother Earth Plants for Health & Beauty was released in December 2020.

We asked Dianne if she thought Covid-19 had any effects on the success of the book. She feels that 2020 was a time that people began focussing on doing things themselves a lot more. Making sourdough is the classic example, but there was also an increased interest in creating body products like soaps, lotions, and balms at home. She feels like this trend did contribute to the success of the book.

Eschia Books hosted an online launch for the book on April 15, 2021, and Carrie continues to promote the book through her business.

Given the data on sales, it is clear that this book has been a successful seller in independent bookstores, as well as chain bookstores. But it’s doing well outside traditional bookselling circles as well.

Eschia’s books are distributed by Canada Book Distributors. One of their strengths is getting books onto racks and into stores that do not specialize in selling books. This service that they provide increases access to books for people who might not have a bookstore close by. Dianne says that she is so pleased that Canada Book Distributors has helped get the book to more remote places.

We don’t have a lot of details quite yet, but Dianne says they are really hoping for a second book with Carrie. In the meantime, you can find Mother Earth Plants for Health & Beauty at your local, independent bookseller. 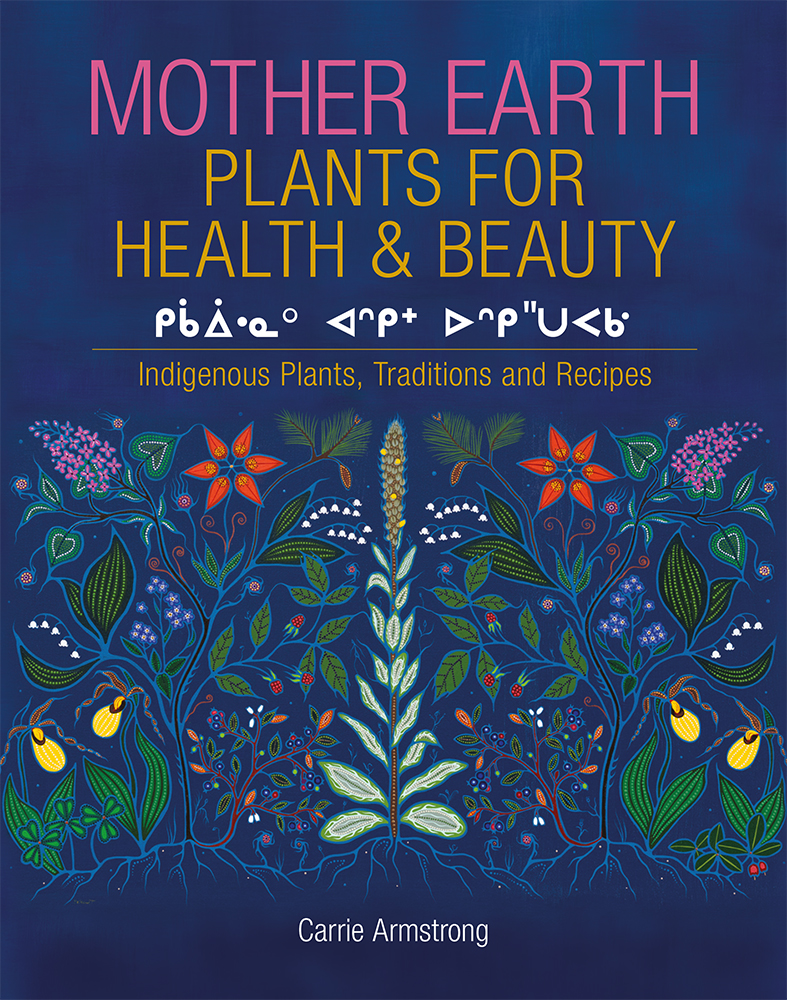 So, you want to be a travel writer?