May is Short Story Month, and we’re taking the opportunity to share short gems of writing from Alberta publishers and writers. Today’s Sunday Short —“Replay,” by Sabrina Uswak—is not an excerpt from an Alberta book, but we just had to included it in our Sunday Shorts series, because it won New Forum’s 2020 inaugural flash fiction contest. This story appears in the third issue of New Forum, a magazine providing diverse Alberta voices, and an homage to the original Calgary-based magazine, Forum, published between 1988 and 2002. You can subscribe to this magazine here.

Uswak is also the author of the novel All the Night Gone (Stonehouse Publishing).

Blue and red lights stutter across her ceiling. She’s at the window, vigilant: casting a bleary eye through metal blinds to the ruckus below—the couple in 201, again.

The tall officer emerges, folding the husband head to toe—Watch it motherfucker—before tying him into a figure eight, ankles to wrists, into the backseat. Lily can see the tall officer’s neck in the light of the streetlamp: skin shining, hair damp. Her ribcage has fallen around her hips so she tucks it back in, tugging off her sweater to cinch around her waist and hold it up.

Tonight is different. Usually: a muffled, piercing wail that trails the siren’s decrescendo.

Lily is in her cat slippers. She hasn’t washed her hair in three days; her sweater’s stained at the elbows. But already she’s down the stairs, past Mr. F, a curl of smoke and floating rounded eye above his door chain.

Glass muttering under her feet as she pushes aside yellow black tape. The floor shattered dishes. Half a bowl tells her to stop staring—It’s just plain rude, sister.

A whimper from the window sets her quickening, swallowing. There: inside the blackened ashtray, Alice. Curled. Lily can barely see her. But Lily has a special eye. She reaches into her mouth to remove it, weighty in her palm. She can see luminescent on the floor a smudged fishbowl, water half sloping to its lip. And, inside, the youngest boy—swimming in circles, mouth open.

She was selected to read some of her flash fiction at the 2012 Edinburgh International Book Festival and has worked as an editor for FreeFall Magazine, filling Station, and Loft on EIGHTH Press. Recently, she won New Forum’s 2020 inaugural flash fiction contest, and a few of her stories were selected for the Tap Press Read 1-3-5 anthology (Loft on EIGHTH, 2020).

Currently, she lives and works in Calgary, Canada, where she was born and raised. 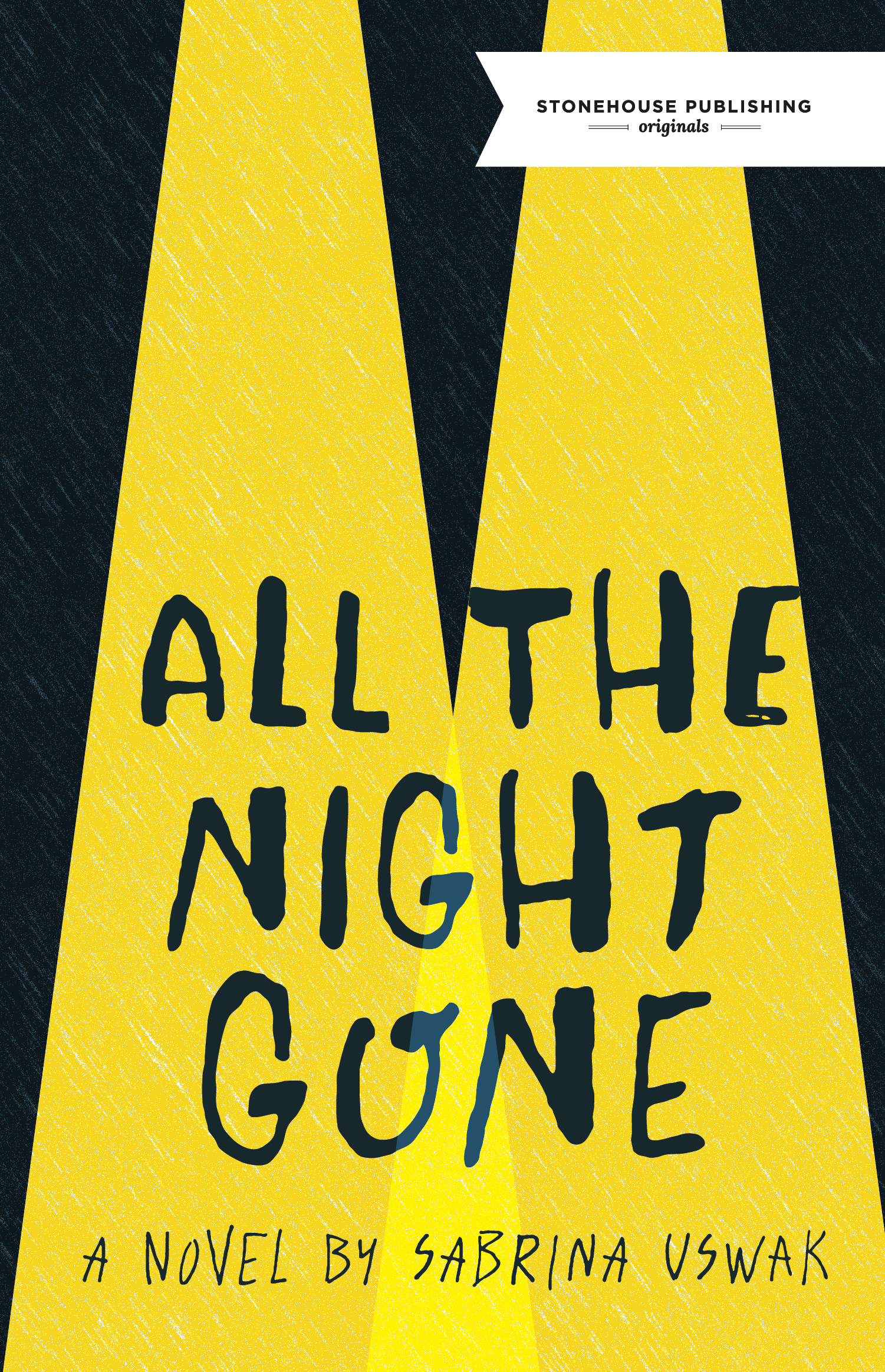 All the Night Gone