To celebrate National Poetry Month, let’s take a look at an early chapter of Alberta’s written literary history. We’ll meet a few of the poets who have called this place home, starting 3,000 years ago and up until the end of World War I.

Three millennia before the province of Alberta came into being, Indigenous Peoples were carving symbols and stories into the sandstone bluffs at Writing-on-Stone⁠—a place the Siksika call Áísínai’pi, meaning “it is pictured” or “it is written.” George Melnyk suggests in The Literary History of Alberta that these carvings “may represent the equivalent of a poem, a prayer, a song, a story.”

It would be the late 19th century before a book of poetry was published in Alberta, then part of the region called the Northwest Territories. In 1896, the itinerant Englishman Henry Tolcher (dates unknown) paid Calgary’s Gibson Printing Co. to produce his forty-page Poems. Known as both “the Bard of Banff” and “the Canmore poet,” Tolcher advertised his poems in local newspapers (twenty-five cents for a book) and sent review copies as far away as Vancouver and Winnipeg. His rhyming couplets give us snapshots from his extended stay in Alberta: taverns and trains, fierce prairie weather, and the Canmore cemetery—

“Upon a wild and lonely plain / the village grave yard stands, / Surrounded by mountainous heights, / Thick wood, and bushy lands.”

Sir Cecil Denny (1850-1928), part of the North-West Mounted Police troop that built Fort Calgary in 1875, was also a published poet. He penned “Contrast,” a poem about the Alberta landscape, while living in Peace River in 1889. The poem later appeared in the esteemed Toronto publication The Canadian Magazine in 1909—

“To the west the Rockies shine / In a white majestic line.”

Lethbridge’s first lawyer was that city’s resident poet. Charles Conybeare (1860-1927) wrote poetry in what we know as the Magrath House (Riverview)—pictured at the top of this article—an elegant home he purchased in 1896 complete with stained-glass windows, an English maze, and an extensive private library. Conybeare’s two poetry collections were published by literary presses: the first in London in 1902, the second in Toronto in 1907.

While Conybeare wrote poetry infused with Arthurian legend and British imperialism, an Edmonton firefighter was intent on evoking his city’s local culture in verse. Robert T. Anderson (1880-1960) self-published Old Timers in 1909, the first of three books. Described as “a writer of breezy poetry,” he evoked the patois of Irish, Scots, and French-Canadian Edmontonians.

Medicine Hat-area rancher Rhoda Sivell (1874-1962) was the first woman to publish a book of poems in Alberta; she is also considered Canada’s first cowboy poet. Sivell self-published Voices from the Range in 1911, hiring the T. Eaton Company to print copies. The illustrated book sold well enough to be picked up by a Toronto publisher and allowed Sivell to buy two stallions for her ranch. You can listen to her “They Keep A-Stealing on You in the Night” performed by one of contemporary Alberta’s cowboy poets Doris Daley.

Readers in early Alberta were borrowing poetry books from the public library. In 1913, the Calgary Herald reported that poetry was “by no means sneered at by Calgarians.” Rudyard Kipling was the most popular poet among library users, followed by Robert Service. Calgarians, the Herald noted, were not reading the poetry of Archibald Lampman, said to be Canada’s greatest poet of the day. “Perhaps he is too much of the east, and sings too persistently of the older provinces, knowing not the prairies and the mountains which we love.”

Calgary readers also favoured poems written by their own Robert J. C. Stead (1880-1959). A noted poet when he moved to the city in 1913, Stead wrote his third poetry book while living in Calgary. When he learned in June 1916 that the British war secretary had been killed en route to Russia, he wrote “Kitchener,” an ode to the celebrated military commander. The next day, Stead’s poem appeared on the front page of the Albertan newspaper. Today we would say the poem went viral, reprinted in newspapers in Canada, England, and beyond.

Other Alberta poets were grappling with the Great War in verse. In Markerville, the Icelandic dairy farmer and prolific writer Stephán G. Stephansson (1853-1927) openly criticized the conflict in his poetry. Written and published in Icelandic, his pacifist poems angered Icelandic-Canadians, who threatened to charge him with treason in 1917. The same year, Stephansson returned to Iceland on a four-month speaking tour, heralded as one of that country’s finest poets. His name graces the Writers’ Guild of Alberta’s annual award for poetry. The house where he wrote more than 1800 pages of poetry is a provincial historic site.

Near Camrose, a Ukrainian homesteader-poet offered another perspective on the war. In 1918,  Joseph Yasenchuk (1893-1970) published his poetry book Kanadyiskyi Kobzar (Canadian Minstrel), considered the first work of Ukrainian-Canadian literature published by an Edmonton publisher. In that volume, Yasenchuk included a poem about his internment as an “enemy alien” during the Great War.

In Calgary, when Armistice was declared on November 11, 1918, the young poet Edna Jaques (1891-1978) was working as a seamstress at Holy Cross Hospital. She scribbled her poetic response to John McCrae’s “In Flanders Fields” on the bottom of an empty spool box. “In Flanders Now (An Answer to Lieut.-Col. McCrae)” was published later that month on the Herald’s editorial page. Like Stead’s “Kitchener,” Jaques’ poem was reprinted in newspapers across North America.  In 1921, the poem was read at the unveiling of the Tomb of the Unknown Soldier in Washington, DC and placed in the memorial chapel there. Jaques left Calgary in 1919 but would go on to become one of the most popular and prolific Canadian poets of her generation.

In the aftermath of the Great War, the influenza epidemic would change the life of a young woman in Calgary’s Jewish community. In 1918, Esther Shumiatcher (1896-1985) presented a bouquet to the noted New York-based Yiddish playwright Peretz Hershbein during his speaking tour. When Hershbein contracted the flu, Shumiatcher nursed him back to health at her family’s home. The pair married and moved to New York. On a multi-year, worldwide tour, Shumiatcher would launch her career as a noted Yiddish-language poet with her work being translated into French, Russian, and English. She studied with the Nobel Prize-winning poet Rabindranath Tagore and was presented at Japan’s royal court. Shumiatcher returned often to Calgary to visit family and speak at literary events in the Jewish community.

In the summer of 1919, Shumiatcher and Hershbein may have attended Calgary’s Victory Stampede⁠—the same year Shumiatcher’s brother Morris started his Smithbilt Hat Company. In the Herald in early July, the couple might have read about Edna Jaques’ flight over the city in flying ace Fred McCall’s bi-plane the day before it crashed on the midway. Jaques was reported to have written “The Trail of the Air” in mid-flight but later confessed she had written the poem before take-off: “[I] just sat on the floor of my room and IMAGINED (like Anne of Green Gables).”

In early Alberta, poets were engaged with this place from the air and on the ground, and were making their way around the world.

p.s. On April 29, put a poem in your pocket—maybe one by Bertrand Bickersteth, the winner of the 2021 Stephán G. Stephansson Award for Poetry? 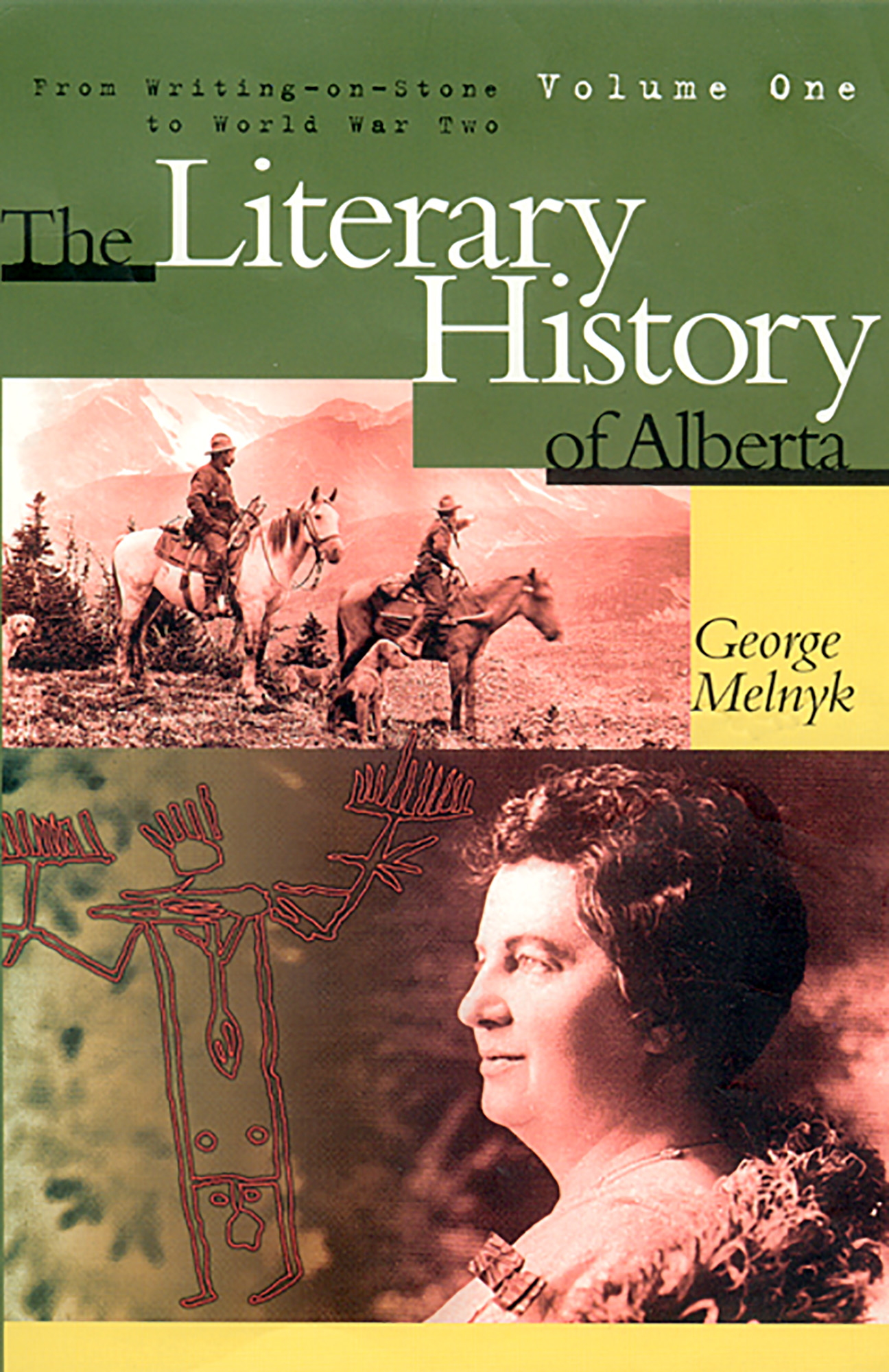 The Literary History of Alberta Volume One: From Writing-on-Stone to World War Two 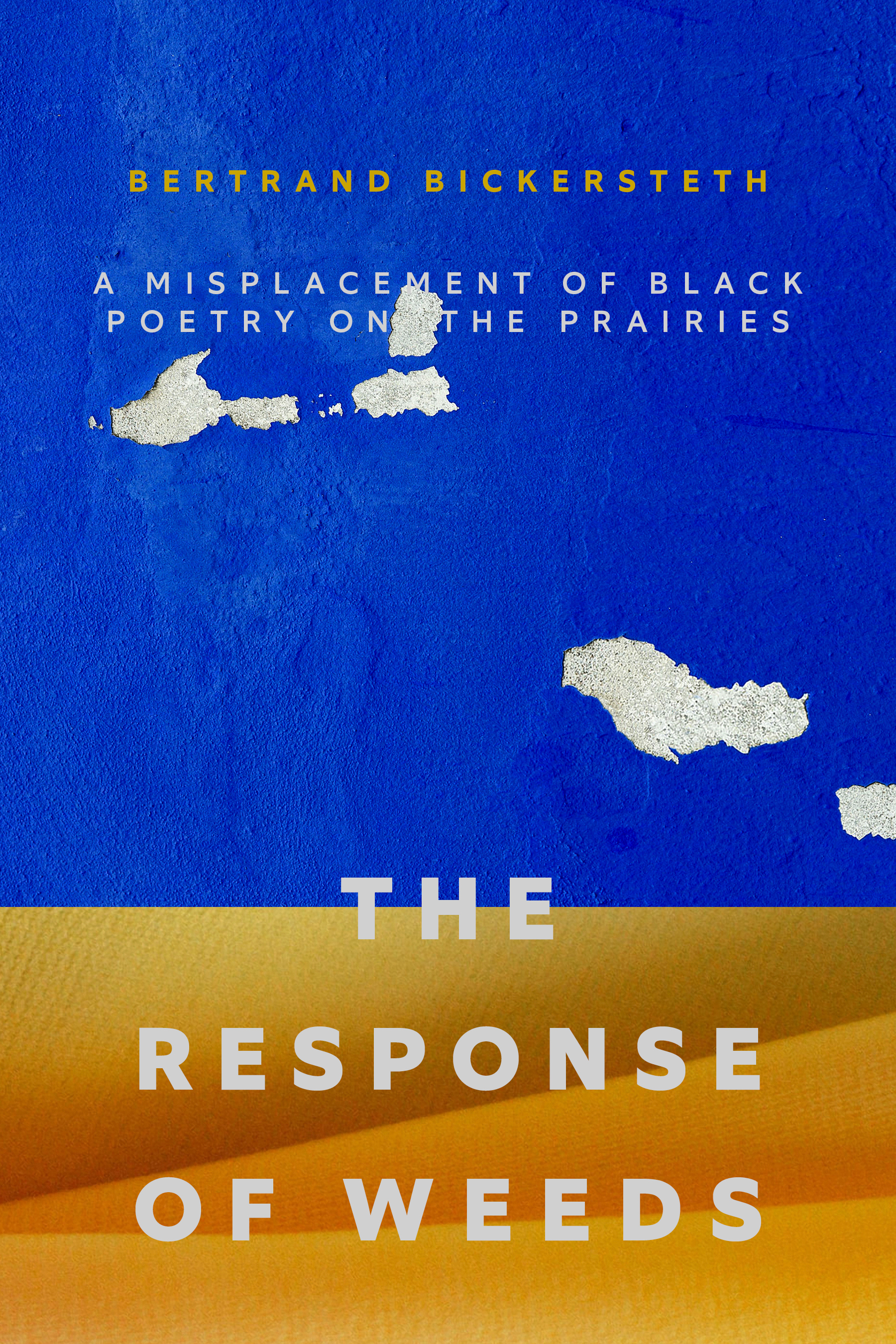 Response of Weeds, The: A Misplacement of Black Poetry on the Prairies

Shaun Hunter is the author of Calgary through the Eyes of Writers (Rocky Mountain Books, 2018). As the 2020 Calgary Public Library/Heritage Calgary historian in residence, she created a digital literary map of Calgary marking more than 500 sites in the city’s storied landscape. Her map of Calgary’s 1920s literary scene is forthcoming from the Calgary Atlas Project. You can find Shaun at shaunhunter.ca.